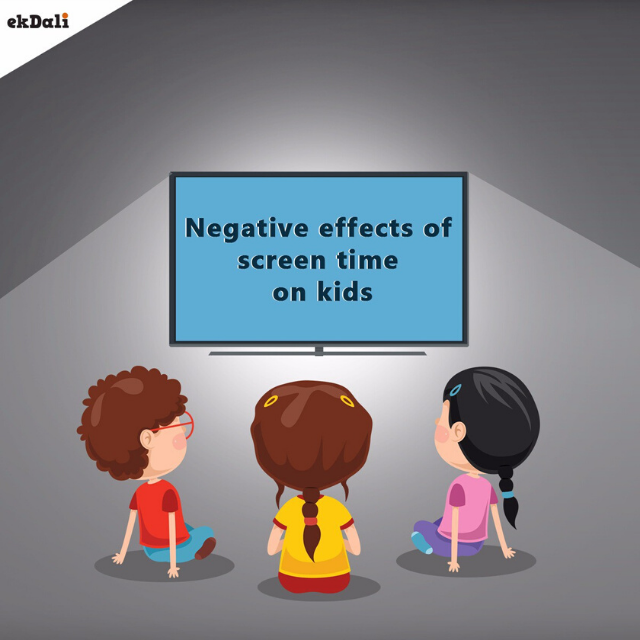 While electronic devices and Digital media have improved our lives in many ways, it is still apt to say that there are many problems that may arise due to overexposure, especially for kids.

Hampers Social and Emotional Development: Kids who are exposed heavily to screen time ,have the potential to go through social disconnection and less likely to pick up on non verbal cues. They spend too much time interacting with their smartphone rather than real people leading to poor perspective taking abilities in real life situations , for example If a child heavily plays or watches violent videos, it may lead to the child in behaving aggressively in a Social situation

Reduces Speed Of Cognitive Development: When kids are exposed to smart devices at a sensitive and young age, there can be unintentionally permanent damage to their still growing brains. The ability to focus, to lend attention, to communicate , to sense other people’s attitudes — all such abilities are harmed.

While in today’s world one cannot zero down screen time, it is highly recommended that we focus on reducing it to as minimal as possible